Southwestern Medical Center is a Joint Commission Certified Primary Stroke Center. There is no need to go anywhere else. At Southwestern Neuroscience Center, you will receive excellent stroke care, right here at home.

If you would like to learn more about our Acute Stroke Treatment Program, Neuroscience Center or other services, please contact our Neuroscience Services Coordinator at 580.531.4804 or email Sarah.Kelly@swmconline.com.

What to Know About Stroke

Stroke is a true medical emergency, just as much of an emergency, just like a heart attack. For the greatest chance of recovery, treatment must be provided within 4.5 hours of the onset of symptoms. During a stroke, EVERY MINUTE COUNTS. Time lost is brain lost. If you or a loved one experiences the signs of a stroke, CALL 9-1-1. 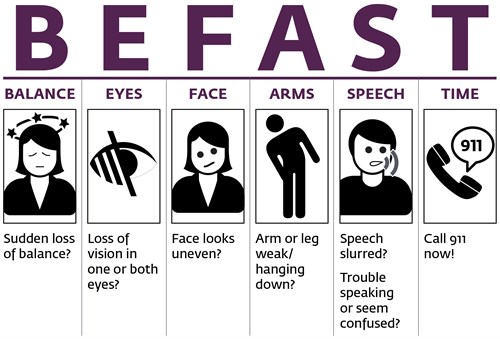 A TIA, also called a mini stroke, most resembles an ischemic stroke, but TIA’s are different because the effects are only temporary. A person suffering from a TIA should still seek medical attention as TIA’s are often warning signs of possible future stroke.